Additional information hosted for AccessDPRK can be found on this page.

In 2009 a man named Curtis Melvin and a few associates from George Mason University published a map of North Korea using Google Earth called "North Korea Uncovered", after coming across several smaller works by others. At the time, it was the most complete map of the country ever and it received international praise. It detailed prison camps, military sites, government offices, etc. and had around 11,000 places marked.

Along the way I found a new missile test stand under construction (which was picked up by Free Korea), I helped prove that their "stealth ship" program dates back over a decade, and I reviewed each of their underground naval bases. My project includes thousands of monuments, military sites along the demilitarized zone with South Korea, economic sites, details of their nuclear facilities and much more.

Writing for Other Organizations 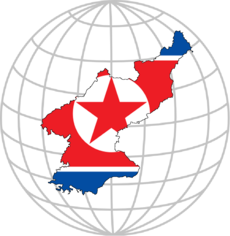 Please consider becoming a Patron and directly support the project at either the $3, $5, $10, $15, or $20 levels and receive exclusive rewards!
Become a Patron!

​Mapping information and other articles of interest relating to North Korea.

Welcome to #AccessDPRK, the home of the most comprehensive North Korean mapping project in history.

For more information about the project and numerous articles on many topics, check out the #AccessDPRK Blog!

You can learn about the older 2017 map version on the blog. The new 2021 version has over 20% more sites marked and contains substantially more information.

The final nationwide map (2021 Version) has recently been completed and is now available. There are two versions, a "free" version and a "pro" version that has thousands more places and considerable more information about various locations. The 2021 Pro version has over 64,000 sites marked.​